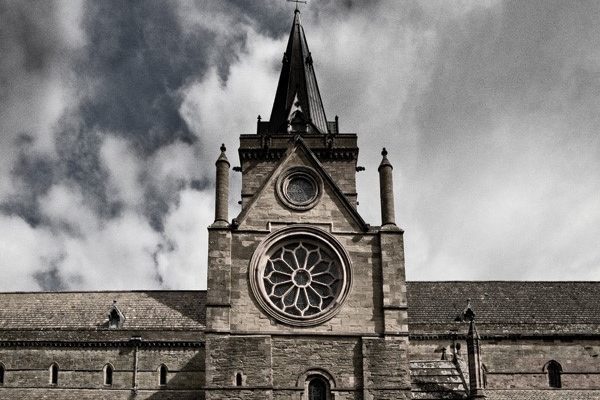 When one of the finest whiskies in history is released, bottling it in a simple vessel is just not an option. Thus, when Highland Park, which is home to the Best Spirit in the World, as chosen by F Paul Pacult from The Spirit Journal for both the 18 and 25 Year Olds in the last decade, released its 50 Year Old whisky, they called in the help of internationally renowned Scottish jeweler Maeve Gillies. She was responsible for designing a bottle of unmatched artistry to convey a rich tapestry of messages. Gillies took her inspiration from the Orkney Islands in Scotland, where Highland Park originates. The bottle is designed to represent the forces of nature that have battered the islands since time immemorial. Each bottle is encased in a sterling silver design of seaweed and rope that not only represents the sea and weather forces, but also the passage of time. The Highland Park crest inserted on the front of the bottle is carved into sandstone found on the Orkney isles, which was also used to build the famous St Magnus Cathedral in Orkney’s capital, Kirkwall.

Gillies designed the bottle to represent a rare treasure that washed up on the shores after 50 years in the open sea. Much like setting a fine gemstone in a ring, the rare treasure of this impeccable whisky is encased in a beautiful bottle design.

The bottle is housed in a beautiful wooden display case and accompanied with a certificate of authenticity.

Gillies’ interpretation does not end there, however. Just as a whisky is constantly evolving while it matures in the cask, the bottle has the potential to evolve as well.
At the back of each bottle is a cabochon that glimmers with the dark mahogany colour of the whisky. As the whisky in the bottle is savoured, it slowly reveals a design of the famous rose window of the St Magnus Cathedral. Gillies says that it is her wish that those who are lucky enough to own a bottle do indeed try the whisky.

Awards in London, the bottle received two prizes as the world’s top design and the best limited edition.

Needless to say, the whisky is as impressive as its container. Made from only five casks that were filled in 1960, the whiskies from these ancient containers were then married together in a single vat to create a seamless statement of the pinnacle of maturation and luxury. With the angels taking their fair share over the years, only 275 bottles were created. Those lucky enough to have savoured this dram report rich flavours of oak, brown sugar, spices and orange peel.

Gillies hails from a famous Scottish family, with her mom, Valerie, an acclaimed poet and her dad, William, a professor emeritus at Edinburgh University. Further family ties include the Gaelic singer Anne Lorne Gillies and her great grandfather William Gillies, who founded the Scottish National Party in 1920. Pip Hills, the founder of the Scotch Malt Whisky Society, is a friend of her father, so she grew up within a strong whisky tradition.

Given this background, it was no surprise when Maeve’s own artistic abilities started to show from an early age. She mastered the Scottish harp, or clarsach, and was a six-times champion on the National Mod, Scotland’s annual music awards.

She also discovered an early passion for jewelry and achieved degrees in both jewelry and silversmithing. Her undeniable talent meant that she has never wanted for a job. She first worked at Europe’s largest platinum jewelry manufacturer, Domino, in London before moving to New York where she co-founded MaeVona, where she soon developed a cult following for her Celtic-inspired bridal and engagement designs.

Gillies is also a member of the prestigious GlobalScot network, which comprises a group of international business ambassadors for Scotland that where chosen to advise Scottish companies on how to achieve global growth and success.