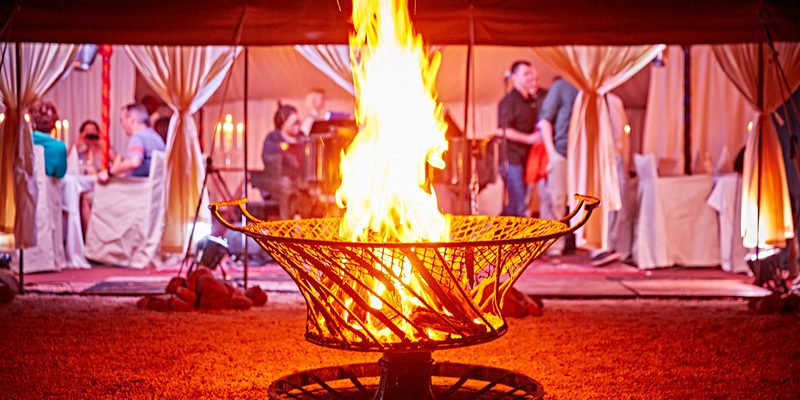 With out-dated visions of novice camp outs and budget-focussed safari glamping being peddled across the web, it’s not surprising it doesn’t place first on the bucket list of industry leaders and influencers. Fortunately, Hayward’s Grand Safari Company can guarantee global brands and their foremost champions and colleagues a 5-star-rated mobile grand safari experience spanning the continent of Africa the like of which has never been seen – or experienced – until now. 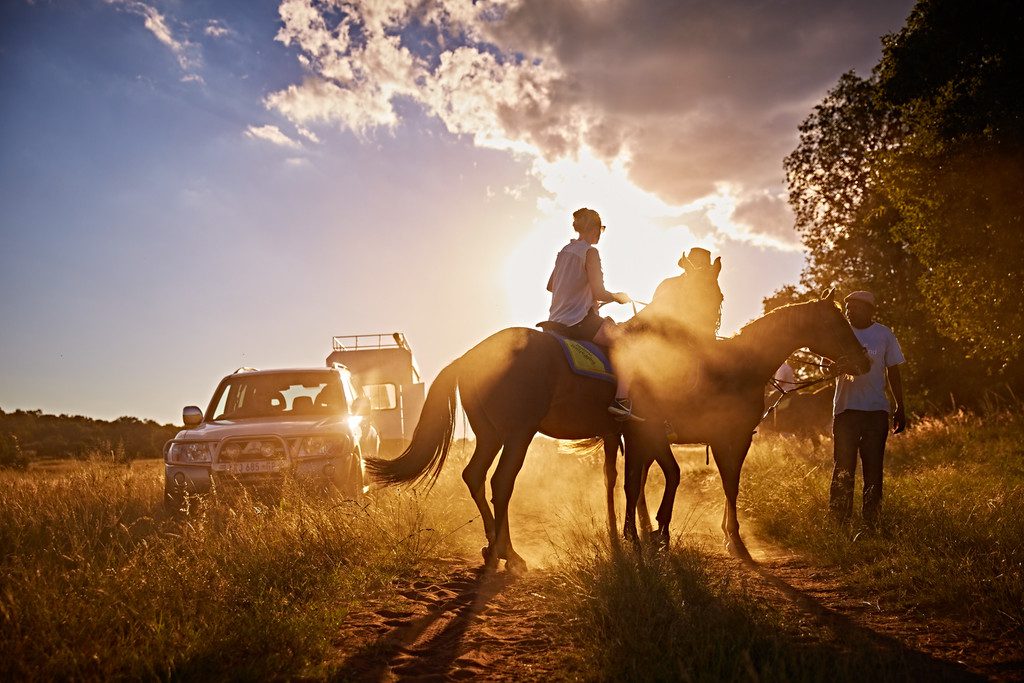 Before we show you what a grand safari is about however, we need to recall the origins of the very first adventurers who embarked on expeditions into Africa in and around the 1800s. For every intrepid explorer, there was a team of at least a hundred people composed of gun-bearers, porters, servants, guides, interpreters, soldiers, cooks and their female companions, who would transport and set up camp equipment. 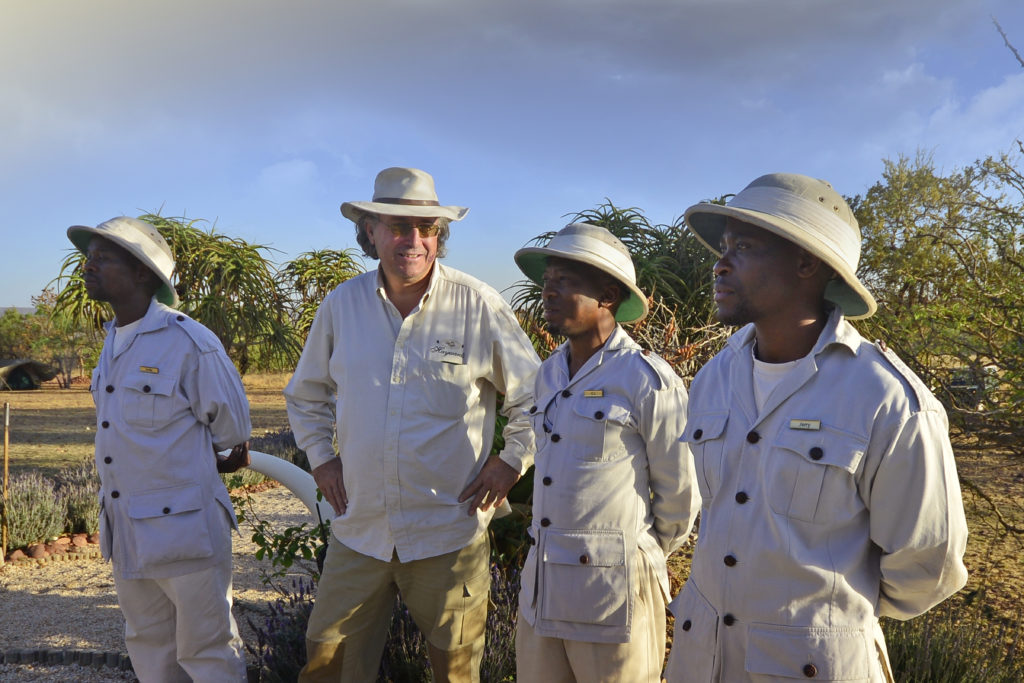 Livingstone, Speke and Stanley might well have been just a little peeved at the agility of Hayward Safari’s to set up and break camp – especially one of such opulence and pleasure; but then proprietor Peter Hayward is prepared and adept to manage every eventually following his 25 years of experience of adventuring into the wild, including the very best in choices when it comes to comfort and cuisine.

“What hasn’t changed from the old explorer days of old is the sterling camp staff who provide our safari service; only today they don’t have to carry the equipment themselves,” says Peter. Instead, a convoy of 26 drivers of 400 tonnes of rolling equipment; which include 36 000 items from silver salt spoons to conference white boards, tackle tar, track and veld to transport gear to pristine, private wildlife landscapes where a streamlined process of discharge and set up begins. From the first heavy cotton canvas that is unrolled, so evolves the construction of smoking rooms, event tents, dining rooms, and private accommodation, each with bathrooms en suite. As the final brazier is lit, the elephant tusks shone to a rich, creamy gleam and the ice bucket prepped for the evening’s first gin and tonic, a mere 96 hours have passed. 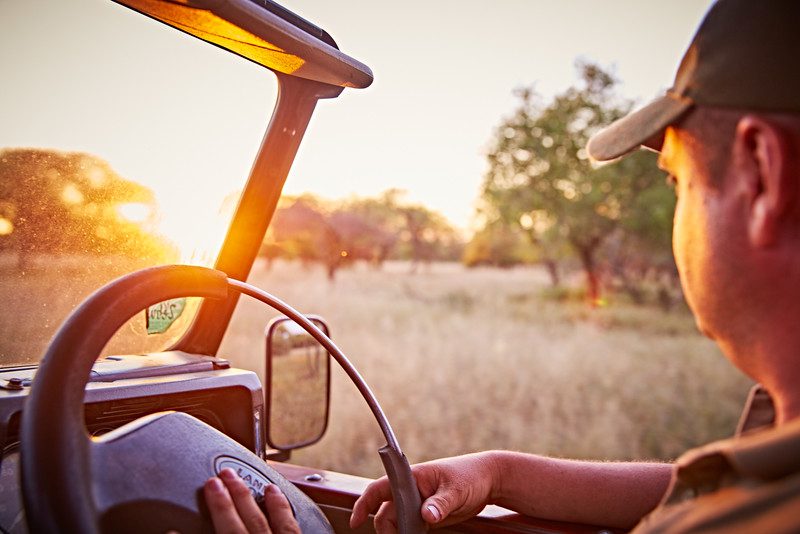 “The explorer safaris in the 1800s didn’t carry food, instead they carried trinkets and items to trade or they had to hunt and shoot game for meat daily. This would often delay their progress or take them off their intended journey as they chased herds of game, constantly reshaping the routing and tempo of the exploration,”says Peter. “Today our executive chef Vincent Verrydt serves chilled oysters from Namibia, only the top international brands of whiskey and champagne and our venison is as fresh as back there in the days of the daily hunt; it’s our guests who choose their own pace for the day’s progress. This leaves everyone with the utter pleasure of soaking up the experience of being on an extraordinary photographic wildlife adventure, without the hardships and the hazards of past explorers.” 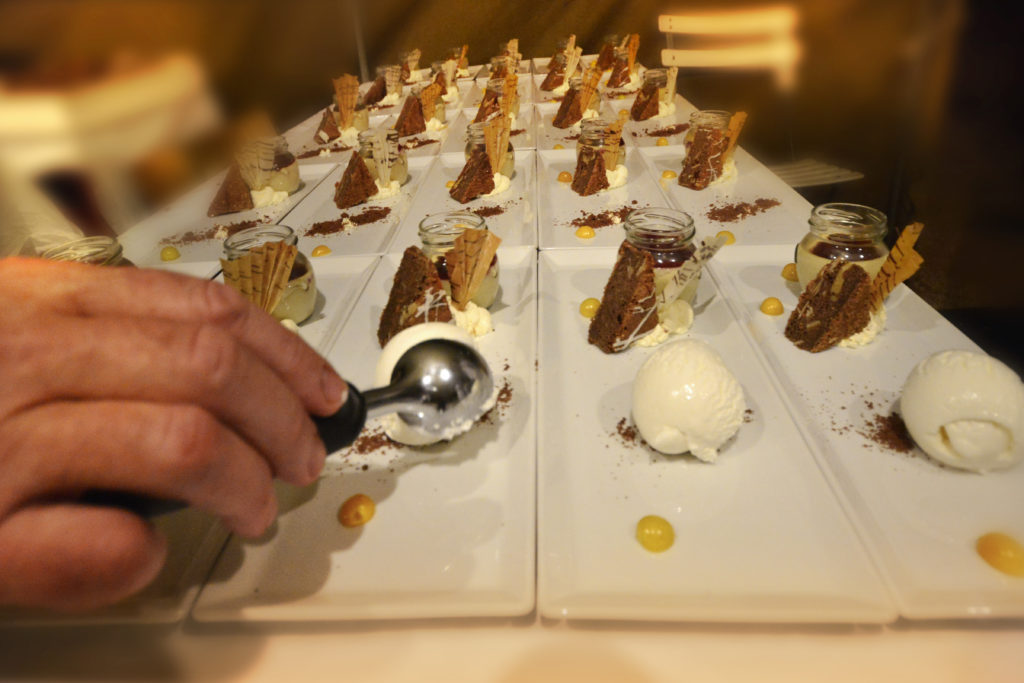 While food isn’t scarce, neither is the finer detail. Says logistics manager Celia du Preez: “Attention to detail delivers an indulgent lifestyle into the middle of virgin bush. It is something we pride ourselves on. From the moment you arise and place your feet on Persian-clad floors, until you put your head down on your 100 percent cotton percale sheets again, we want you to marvel at the ease and pleasure of living at one with nature in the African bush. When you are on a 5-star safari in amongst the Big 5 bushveld, you realise glamping is a poor cousin of the middle class.”

From luxury car launches, to custom weddings, agile think tanks to bush retreats for international celebrities such as Oprah Winfrey and even Nelson Mandela, rock bands Dire Straits, Creedance Clearwater to modern day pop artists including Mary J Bilge and Mariah Carey, including Chairman of the Board of the world’s top brands all have chosen Hayward’s Grand Safari Company for its unmatched exclusivity, and for something that never changes… Africa’s own natural mystery. Her beauty that creeps up on you in the first glow of peach and rose-hued dawn. Her exotic smells of bush and wild animal who live off the bounty of the land, and the velvet night sky where the only illumination comes from the fire, the stars, the camp’s hurricane lamps and one’s own imagination. 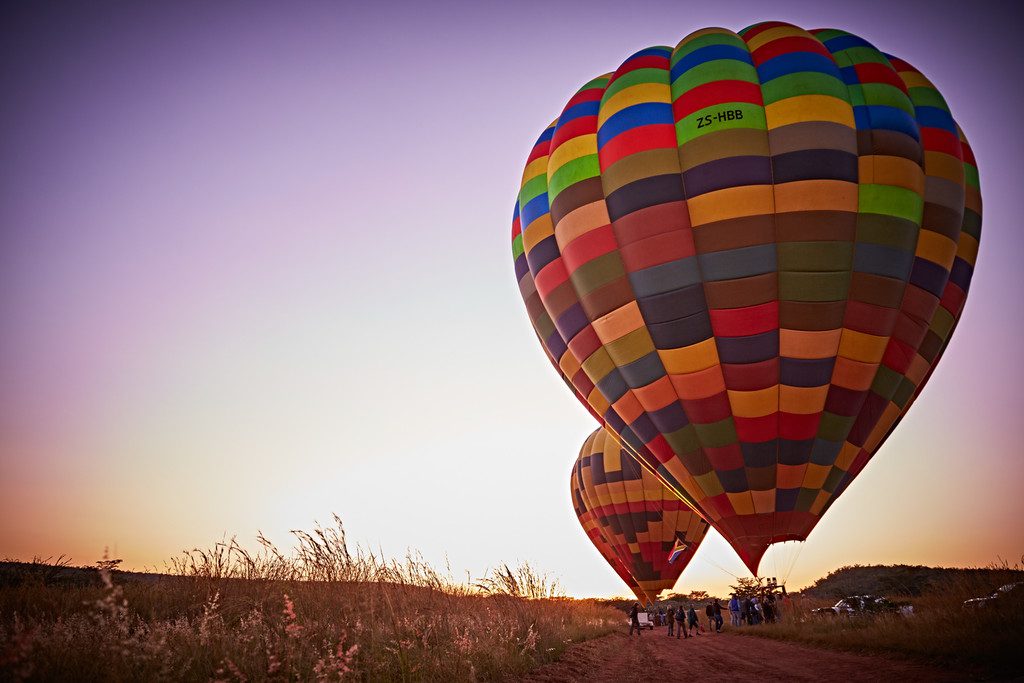 Past explorers had a multitude of risks facing them, the most debilitating being illness and their remoteness and inaccessibility from medical care. Today, there is little real risk for the modern explorer that an emergency helicopter journey to world class healthcare facilities can’t solve should such an incidence occur.

Africa was described by the first explorers of the time as ‘the division of the world which is the most interesting, and about which we know the least’. When Livingston was joined by Stanley on his expedition to find the source of the Nile, it is recorded that he responded to Stanley’s “Livingstone, I presume” with the statement: “You have brought me new life.” The same sentiments have been repeated oft times to staff of Hayward Safaris, as guests marvel at this new life, new experiences, and new memories of their great expedition into Africa. 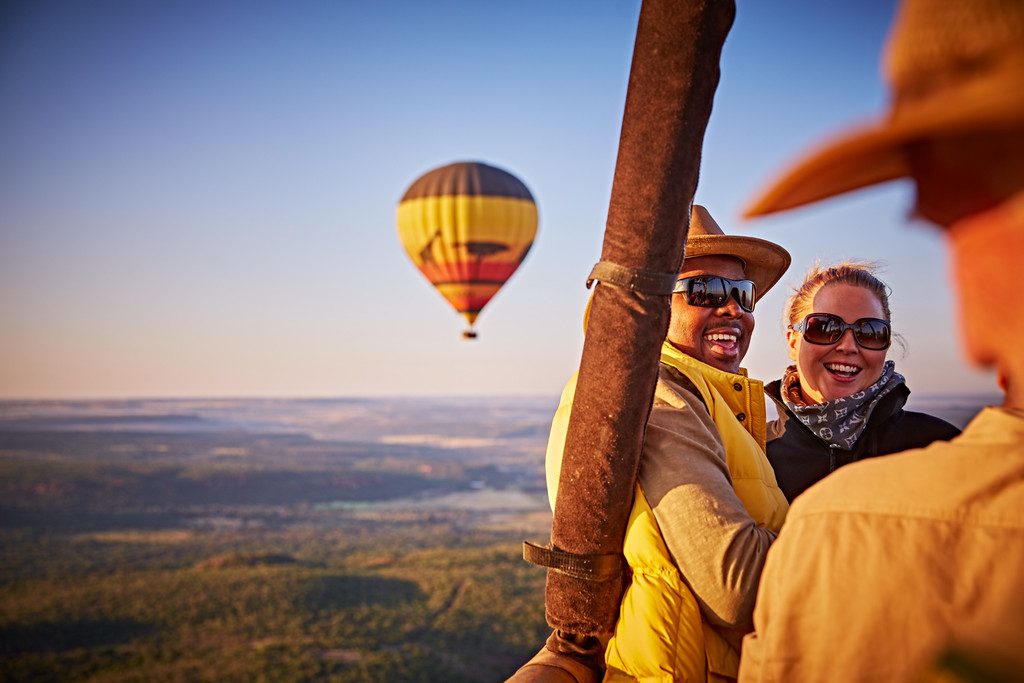 Hayward’s Grand Safari Company provides private groups of 40 to 200 VIP guests with an authentic 5-star mobile tented safari camp experience in pristine wilderness reserves across the African continent. Each bespoke luxury camp guarantees clients total event exclusivity and superior guest comfort.
Rated as the only 5-star mobile Safari in Africa, hosts Peter Hayward and Celia du Preez, are appointed by leading multinational blue-chip companies, royal contingents, presidents and renown celebrities alike for their award-winning brand launches, internationally acclaimed celebrations, weddings and superior conferences and events, ensuring Hayward’s remains the epitome in authentic, Out of Africa style and luxury.
With headquarters based on a 2 500-acre private game reserve north East of Pretoria in the all new Dinokeng Region of the Gauteng Province South Africa, Hayward’s have been creating once-in-a-lifetime memories for global clients for well over 20 years.

*Voted as 2017’s Winner of the Best Mobile Safari by the Safari Awards. Finalists are amongst the top 3% not just in Africa but worldwide, and the Safari Award Winners are unquestionably the best, their reputation earned through excellence recognised by independent industry experts. 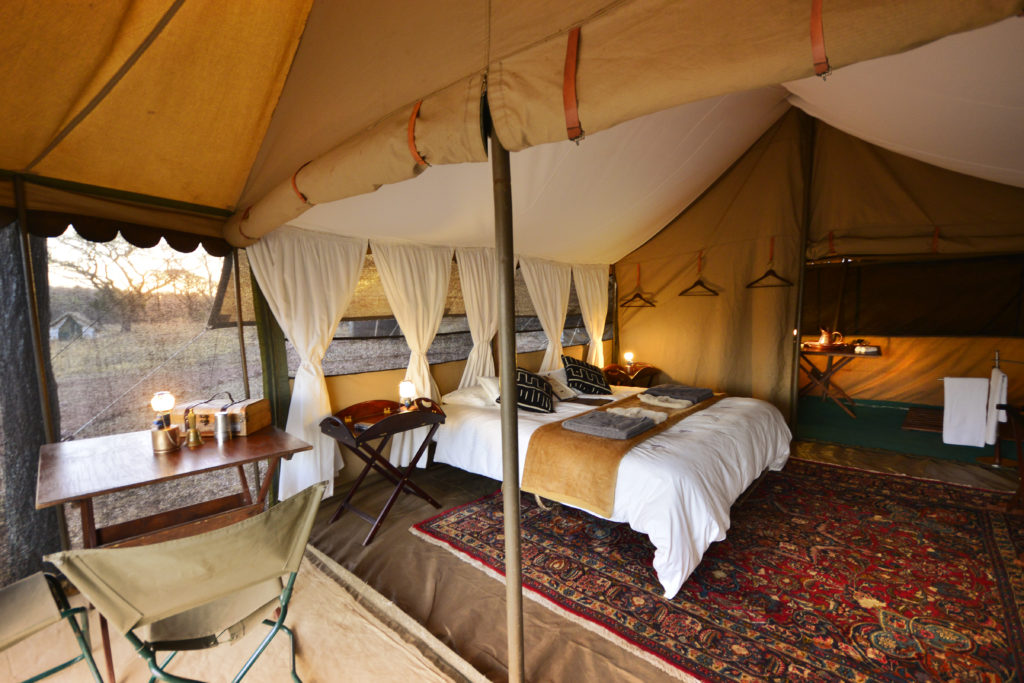