She was also placed at number 32 in the Best Chef Awards Top 100 list for 2017, the highest positioned woman and one of only three to make the top 50 (Spain’s Elena Azark is 33rd and France’s Anne-Sophie Pic is 47th). Dartnall is the only South African chef listed in the top 100.

Launched in Poland in 2016, this international competition seeks out the world’s top chefs in terms of culinary artistry and visual presentation. The winning chefs are selected in six categories by 300 voters comprising chefs, food writers and culinary experts across the globe as well as 1,5 million followers on the competition’s digital platform.

Dartnall – who has twice been named South Africa’s Chef of the Year – beat out strong competition from globally acclaimed chefs including the aforementioned Arzak (Best Chef – Lady 2016 winner) of the three Michelin starred restaurant Arzak; Emma Bengtsson who is at the helm of the two Michelin-starred Scandinavian restaurant Aquavit in New York; Pic who gained three Michelin stars for her restaurant, Maison Pic in France and Clare Smyth, the first and only female chef to run a restaurant with three Michelin-stars in the UK with her establishment Core.

Dartnall was over the moon with the recognition: “What a great honour to have been selected as the 2017 Best Female Chef by The Best Chef Awards in Warsaw – it was an incredible moment. I have to thank all the amazing people in my life who work just as hard to guide and assist me in this journey and help to make all these wonderful dreams a reality. I also want to thank all the Mosaic customers who have supported me during the 11 years Restaurant Mosaic has been in operation.” 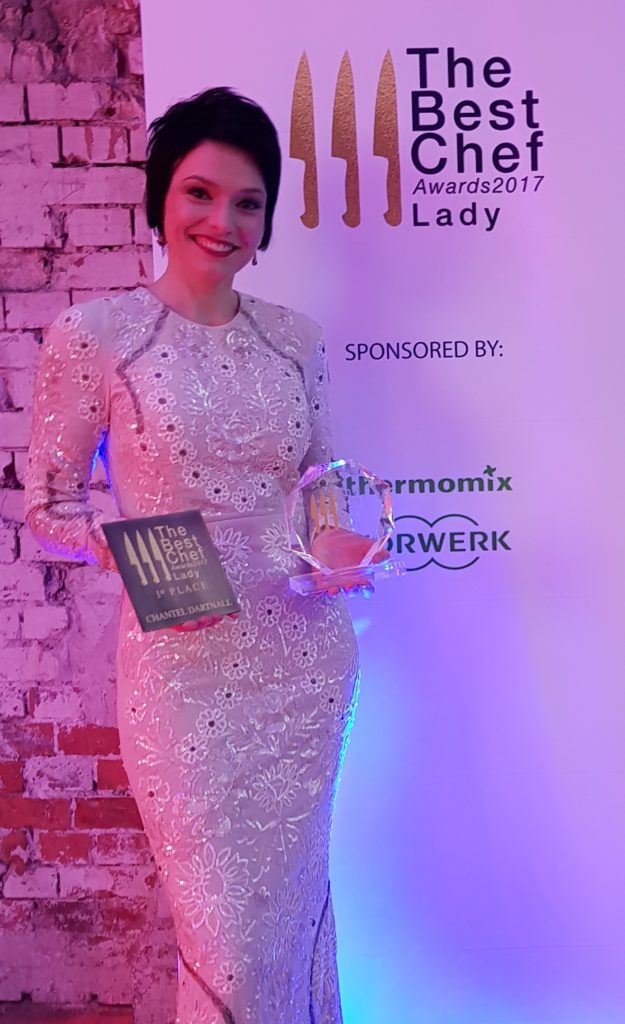 In June, Dartnall was named 2017 Chef of the Year for Africa and the Middle East by the prestigious Luxury Travel Guide Awards. In the same week Restaurant Mosaic triumphed at the respected 2017 World of Fine Wine World’s Best Wine Lists Awards and awarded a top-tier three-star award. Restaurant Mosaic was also named Luxury Restaurant of the Year by Travel & Hospitality.

Dartnall’s current spring/summer menu at Restaurant Mosaic is named “Cosmorganic” and alludes to the “supposed character of the universe as a living organism whose atoms are severally endowed with sensibility, asserting that the organic in the whole of the universe, as well as in the narrow sphere of single bodies on the earth, is the first thing from which the inorganic was separated…”

Restaurant Mosaic also boasts one of the most comprehensive wine cellars in Africa, comprising of more than 75 000 bottles of wine under 5 500 different local and international labels.