Glenmorangie Single Malt Scotch Whisky originates in the Scottish Highlands where, at the Glenmorangie Distillery, it is distilled in the tallest malt whisky stills in Scotland for a purer spirit, expertly matured in the finest oak casks for great depth, and perfected by the Men of Tain, who have passed their skills down the generations, often from father to son. These select craftsmen go to unseen lengths to ensure that Glenmorangie is made in the same unhurried, uncompromising way as it always has been. The Distillery was founded in 1843 and is renowned as a pioneer in its field, uniting tradition with innovation. 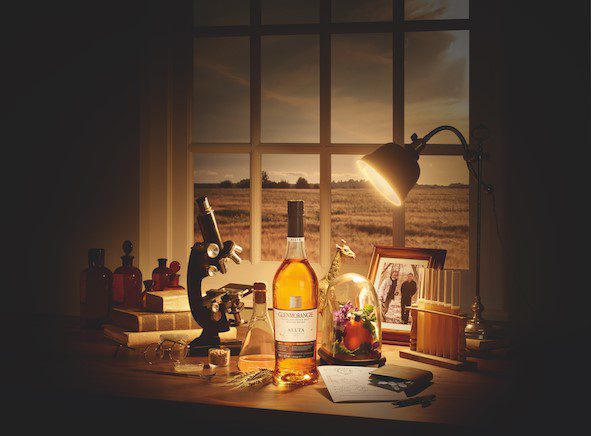 The first whisky created from yeast growing wild on Glenmorangie’s own barley marks the tenth anniversary of the Highland Distillery’s pioneering Private Edition series. For a decade, Glenmorangie has invited whisky aficionados to explore its passion for innovation through this acclaimed series of rare and intriguing limited-edition single malts. Now, in the collection’s rich, fruity tenth release, Glenmorangie Allta (Scots Gaelic for ‘wild’ and pronounced ‘al-ta’), the Distillery reveals the importance of yeast to Scotch whisky’s myriad flavours.

Yeast has always been a key ingredient in Scotch whisky. But over the years, its impact on taste has been all-but forgotten and emphasis placed on other aspects of whisky-making instead. With a background in yeast physiology, however, Glenmorangie’s Director of Distilling, Whisky Creation & Whisky Stocks, Dr Bill Lumsden, has always remained keenly aware of yeast’s potential. Years ago, he recalled a little-known story the late, great whisky writer Michael Jackson had told him, about a unique ‘house’ yeast Glenmorangie was said to have possessed. And he began to further explore yeast’s influence on flavour. 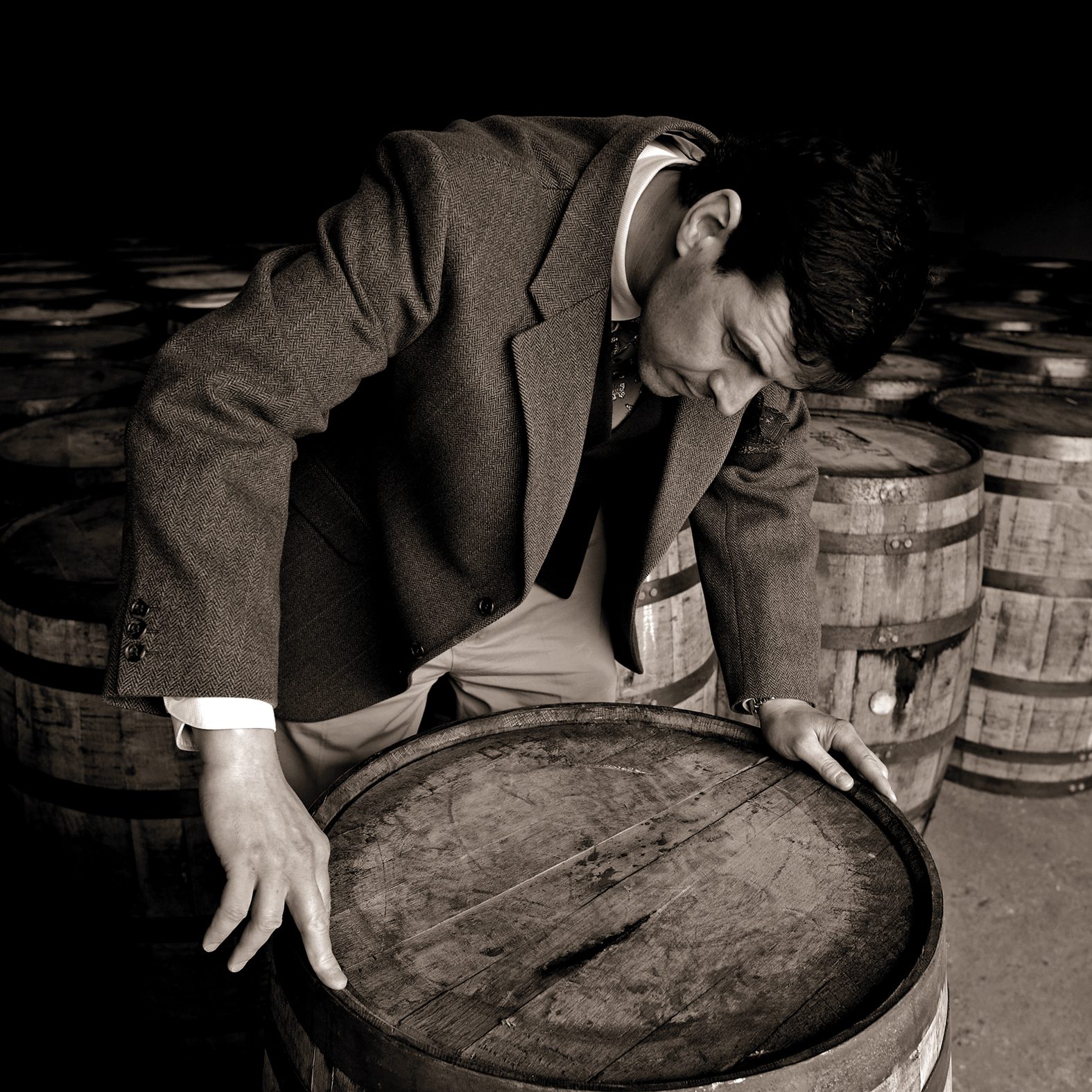 As Dr Bill walked the barley fields near the Distillery, he was inspired to collect a few ears of Cadboll barley and take them to the laboratory for analysis. There, he discovered Saccharomyces diaemath – a species of wild yeast unidentified until that point – and which, crucially, could be used for creating whisky. Dr Bill was intrigued to discover this wild yeast’s effect on Glenmorangie’s spirit. So, he arranged for the yeast to be cultivated and, when the barley on which it had grown was ready for use in the Distillery, he brought them together in the whisky-making process, to create an exceptionally fragrant spirit. He then transferred this spirit into superior ex-bourbon barrels, including many second-fill casks, to showcase the fruity character given by the yeast. The rich, creamy whisky which emerged years later, unveils a new seam in Glenmorangie’s character.

This landmark malt embodies Glenmorangie’s creativity. Since 2009, the series has allowed the Whisky Creation Team to explore rare cask finishes, experiment with raw ingredients and give their imagination free rein. Dr Bill said: “Glenmorangie Allta is a worthy whisky with which to mark the Private Edition’s tenth anniversary. Yeast’s influence on taste has been overlooked for years, but it’s an area ripe for exploration. With a nose of biscuit, baking bread and floral notes, and rich tastes of vanilla, orange syrup and sweet chilli, Glenmorangie Allta opens up compelling possibilities for the future of Scotch whisky.” 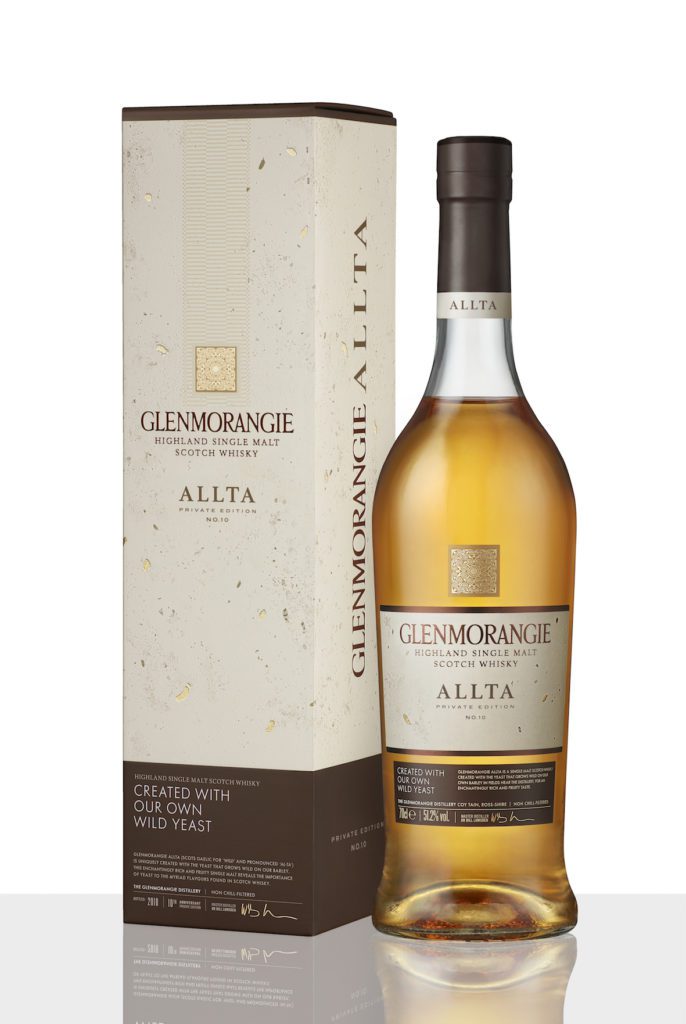 About the creation of Glenmorangie Allta:
Although yeast is all around us – in the soil, on plants, such as barley, and even on our skin, not all species are suitable for use in distilling. Acting on his intuition, Dr Bill sent a sample of the barley grown in fields near Glenmorangie’s Highland home, Cadboll, to be tested in the laboratory. There, he found that the yeast those ears harboured – Saccharomyces diaemath – was ideal for creating whisky. He arranged for Saccharomyces diaemath to be cultivated by Glenmorangie’s yeast supplier. Then, when the barley on which it had grown was ready for use in the Distillery, he brought them together in the whisky-making process, to create an exceptionally fragrant spirit, which would perfectly demonstrate yeast’s impact on flavour.