Staring into the delicate details of any of Kevin Collins’ paintings is an experience beyond simple aesthetic. The soft pastel colours of oil blended finely.  They are linked through seemingly unrelated objects, animals, words and letters are distinct to Collins’ style. A style that has come to be appreciated with both South African lovers of art and international collectors.

Collins began studying Fine Art at the Michaelis School of Fine Art, University of Cape Town in the late 1970’s.  He studied under the trained gaze of Stanley Pinker and Cecil Skotness. At the time, Abstract Expressionism was making waves in art, coursing from its birthplace in New York and spreading throughout the modern art world. 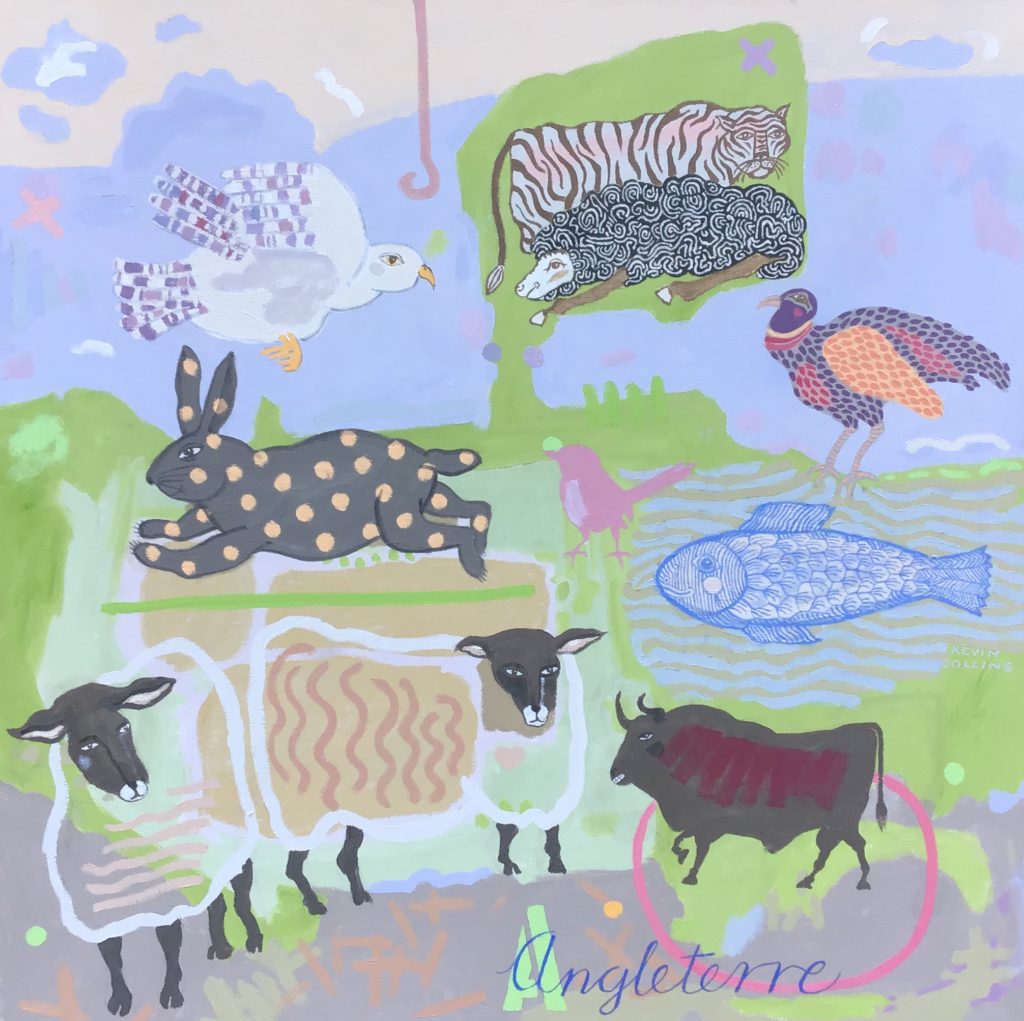 Reminiscing on his teachings, Collins describes how painting was still taught in theory ahead of practical lessons during his studies: “You had to learn to stretch your canvas, make the gesso ground (mixture of egg as the emulsion to combine oil and thinners), and to paint it on. It was a very formal thing and that’s why so few people chose the painting stream at the time. It wasn’t all that popular and even today, the theory of painting is not taught all that often.”

The popularity of painting declined. So when Collins finished his studies and moved into the working world of advertising and media, his painting stopped. It would only be 20 years later, after suffering a severe health trauma, that Collins would pick up his paintbrush. He demonstrated a dedication to new priorities and a life renewed.

Collins’ oil paintings, and more recently ceramics, offer up playful stories of nostalgia, his own memories of growing up in South Africa, and occasionally, social commentary on an issue or news story that has affected him. These narratives are not always readily available on first glance, drawing the viewer back to a painting multiple times. 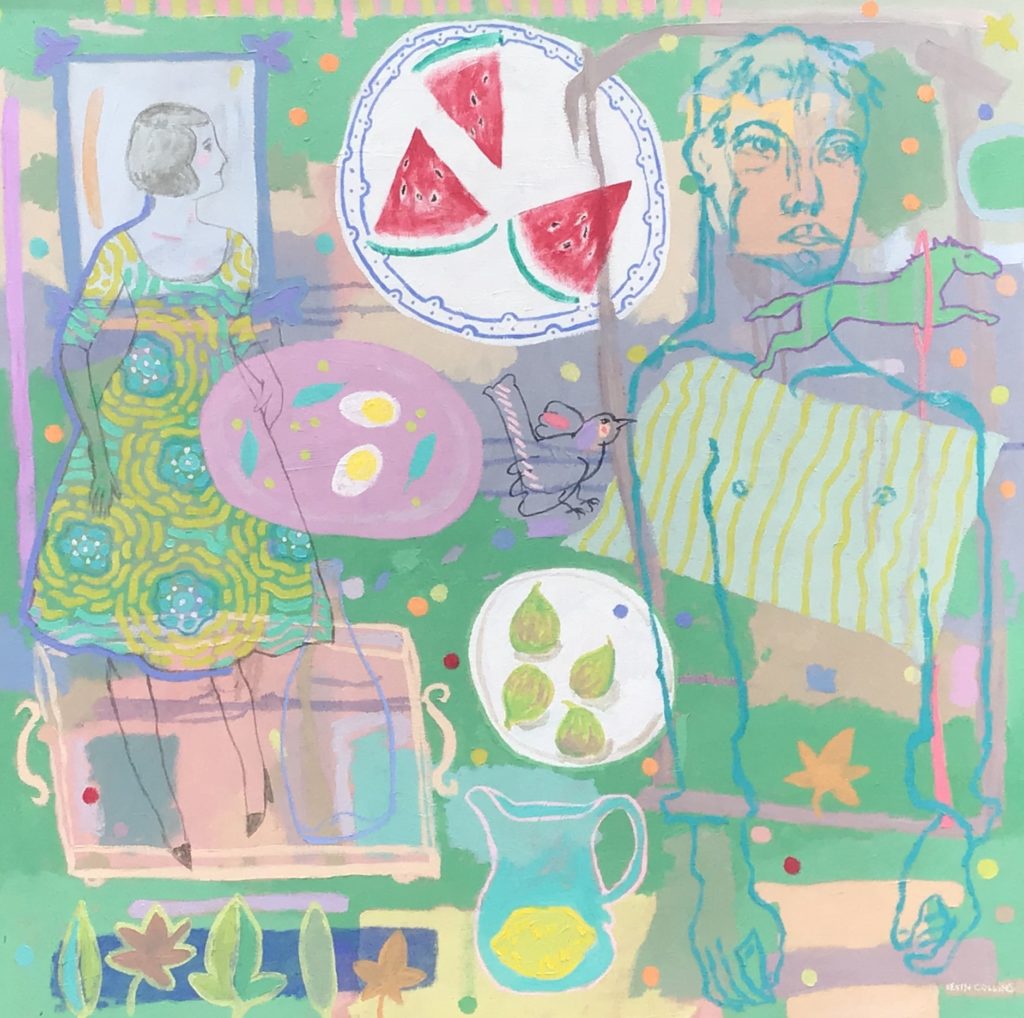 In preparation for an upcoming exhibition to be held towards the end of 2018 at Graham’s Fine Art Gallery in Johannesburg, Collins has centred himself on his belief in both his style and his chosen medium.

Recently on a trip to London, Collins was delighted to discover a return of painting as art at the Royal Academy of Arts Annual Summer Exhibition: “There’s suddenly a move towards painting that we haven’t seen in decades, and for me there’s nothing more exciting than real paint on real canvas. It was reassuring to feel that I haven’t been working in a space that has become obsolete.”

To view more of Kevin Collins work, visit his blog at kevcollinspaintings.tumblr.com.