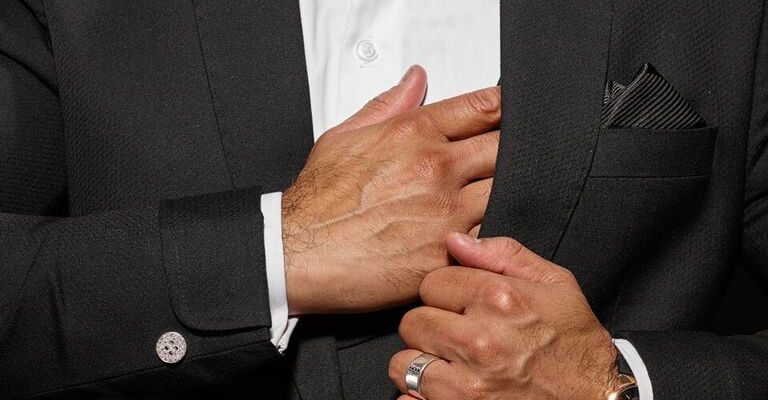 Crafted from the legendary Dormeuil Vanquish II cloth, this made to measure suit is the first of its kind to be produced in South Africa. The cloth comprises of three of the rarest, most expensive yarns in the world.
The first being Quivick which is derived from

Arctic Musk Ox. It is reported that the Eskimo people track these elusive animals for months and wait for their under fur to fall off. This is then collected and procured.  The second yarn – Vicuna – from the Lama which roam the Andes. By law, Lama are only allowed to be sheered every second year, which makes this yarn near impossible to procure. 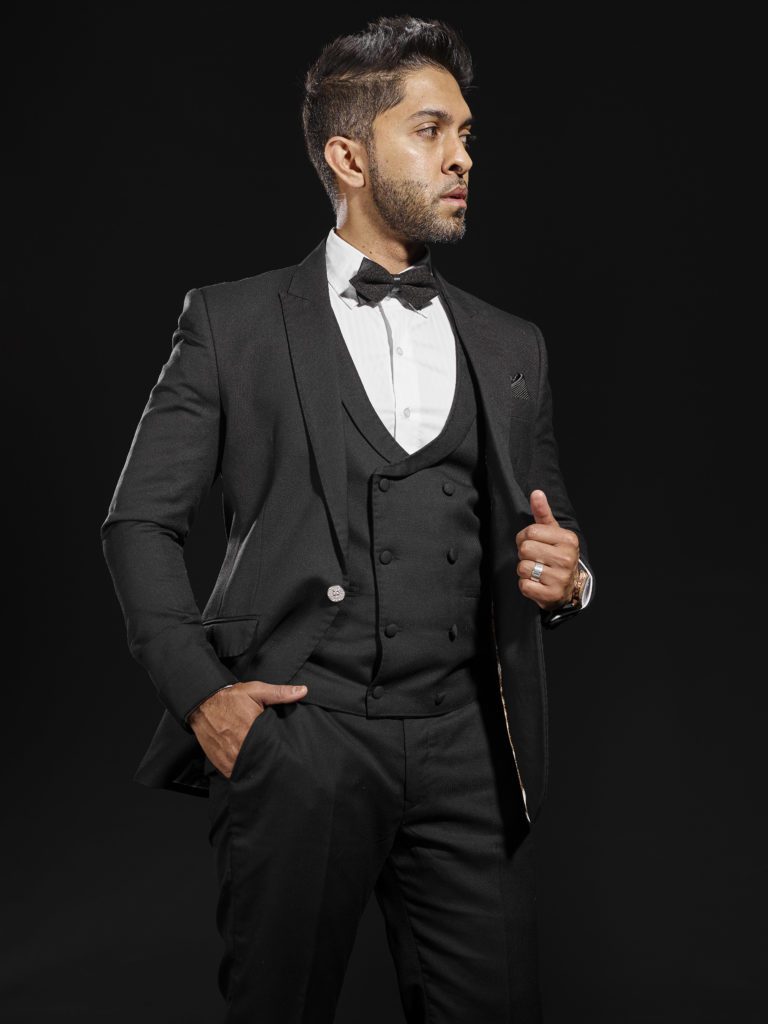 The third is Pashmina from goats of Afghanistan. All these materials are expertly woven together to from the rare and classic cloth that makes up this unique offering.

“For those familiar with suiting this cloth is a super 230 – one of the finest cloths in the world. It feels like butter in the hand,” explains Ziyaad Nanabhay owner of Cavalier and designer of the Rockefeller Vanquish ll suit.

“We have selected the highest and finest grade of wool made from the rarest and most expensive materials on earth,” he adds.

That’s not all. The suit comprises of diamond encrusted buttons made up of a total of 4 carats set in platinum. “We have opted to use platinum for the buttons as South Africa is the world’s largest producer of the metal, giving the suit a uniquely South African flavour” explains Ziyaad. 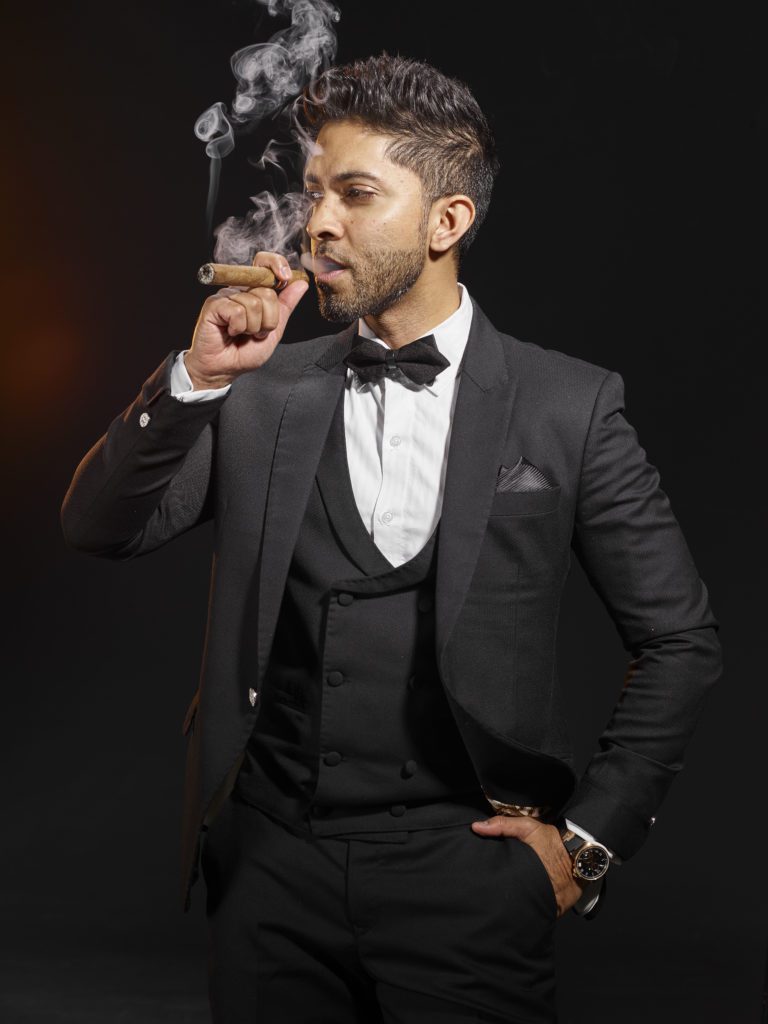 The lining of the suit is pure silk in a symmetrical paisley gold pattern with lined pockets.

The Rockefeller Vanquish II is said to be South Africa’s most expensive suit – perhaps even so in Africa. The three piece suit is made up of a suit jacket, waistcoat and trouser. The cuff sleeve design is a signature Cavalier design inspired from the 1920’s Gatsby era.

“The peak lapel is a classier finish and is generally found in suits in the upper pricing range,” explains Ziyaad.

The Rockefeller Vanquish II is hand crafted by a team of master tailors and takes over 200 hours to make.Only five of these suits will ever be produced.

“This is by far the most extraordinary suit I’ve ever commissioned,” admits Ziyaad.
The suit is a testament to artistic creation and like the man its named after, John D. Rockefeller, is for the man that aspires for something bigger and better.

The Cavalier Rockefeller Vanquish ll – the darker the night the brighter the stars. For more information