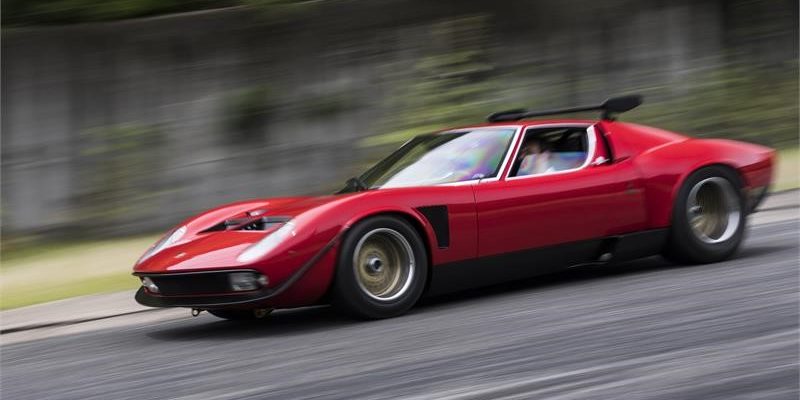 Sant’Agata Bolognese/Nakayama (Japan), 21 June 2018 – Lamborghini Polo Storico has completed restoration of one of the most famous Miuras ever built: the Miura SVR. On the occasion of its delivery, the car was also exhibited at Japan’s Nakayama Circuit. 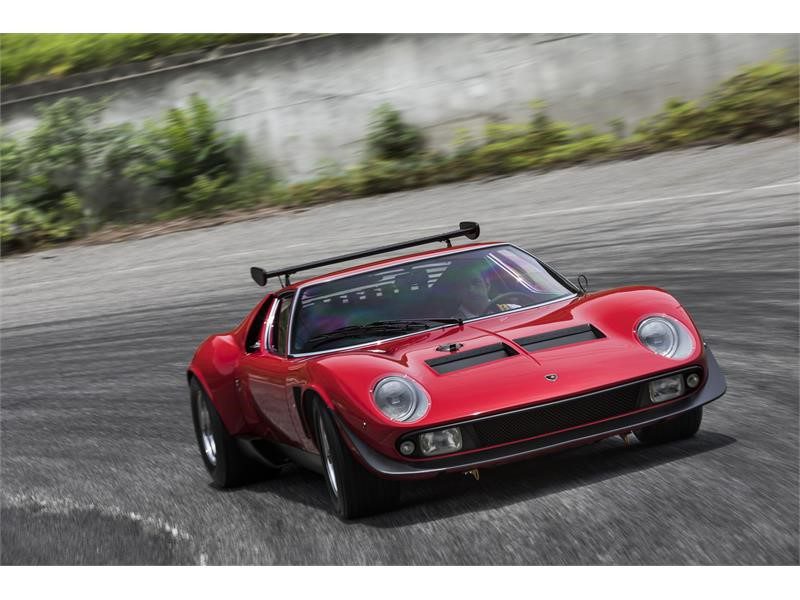 As is well-documented, only 763 Lamborghini Miuras were produced, between 1966 and 1972, at the company’s plant in Sant’Agata Bolognese, Italy. The number of Miuras built outside of Sant’Agata, however, is much greater, as numerous model car manufacturers have created a scale version of what is one of the most iconic vehicles in automobile history.

“The full restoration took 19 months and required a different approach to the way we normally work. The original production sheet wasn’t of much help, as we relied mostly on the specifications from the 1974 modifications. The challenge for the Polo Storico team was even more daunting as the car arrived in Sant’Agata in pieces, although the parts were all there, and with considerable modifications. The only variations on the original specifications were the addition of 4-point safety belts, more supportive seats and a removable roll bar. These were expressly requested by the customer and are intended to improve safety during the car’s racetrack exhibitions.”

Paolo Gabrielli, Lamborghini Head of After Sales and Director of the Polo Storico

After Wallace’s Jota was lost in an accident, incessant customer demand in the following years led Automobili Lamborghini to build a few Miura SVJ models and – remarkably – a single Miura SVR. The latter was eventually sold in Japan, where it served as the “model” for both the vehicle used in the comic book and the Kyosho toy version. The car is the Miura SVR chassis number #3781, which has been returned to its former splendor by the Polo Storico specialists, and exhibited during an event organized in its honor at Nakayama Circuit in Japan. 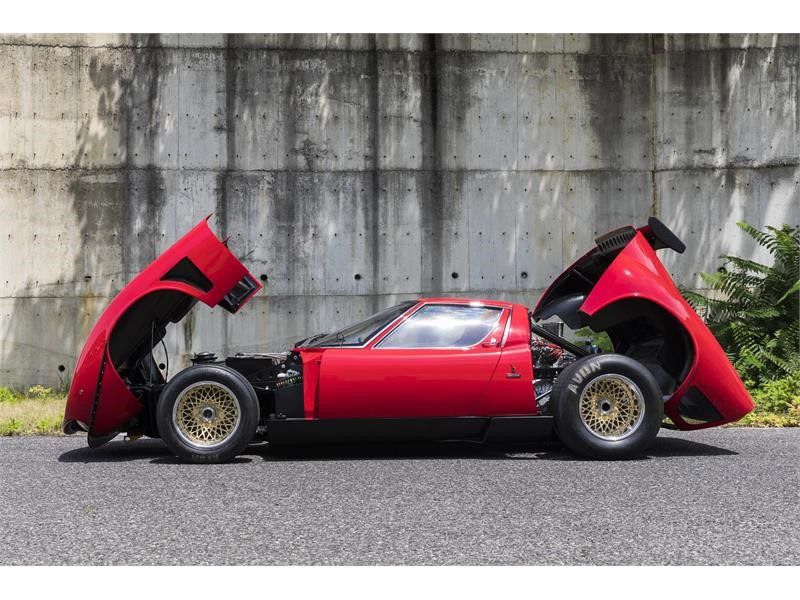 The Miura with chassis number #3781, engine number 2511 and body number 383 was born as an S version painted in trademark Verde Miura with black interior. It was originally delivered to the Lamborauto dealership in Turin, Italy, on 30 November 1968, following its display at the 50th Turin Motor Show.

After changing hands eight times in Italy, the vehicle was bought in 1974 by German Heinz Straber, who took it back to Sant’Agata in order to have it transformed in an SVR – a job that required 18 months of work. In 1976 the car was sold to Hiromitsu Ito and made its way to Japan, where it caused quite a sensation, including the inspiration for the Circuit Wolf” comic book series. 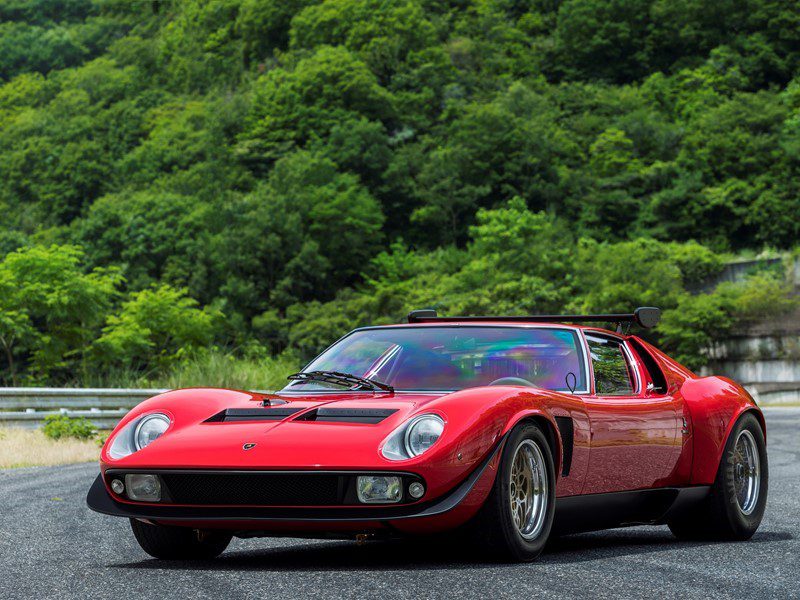 The vehicle’s legend was further cemented when it was chosen by Kyosho as the base for its renowned scale model, whose lines and colors made this SVR an indelible part of toy car lore.