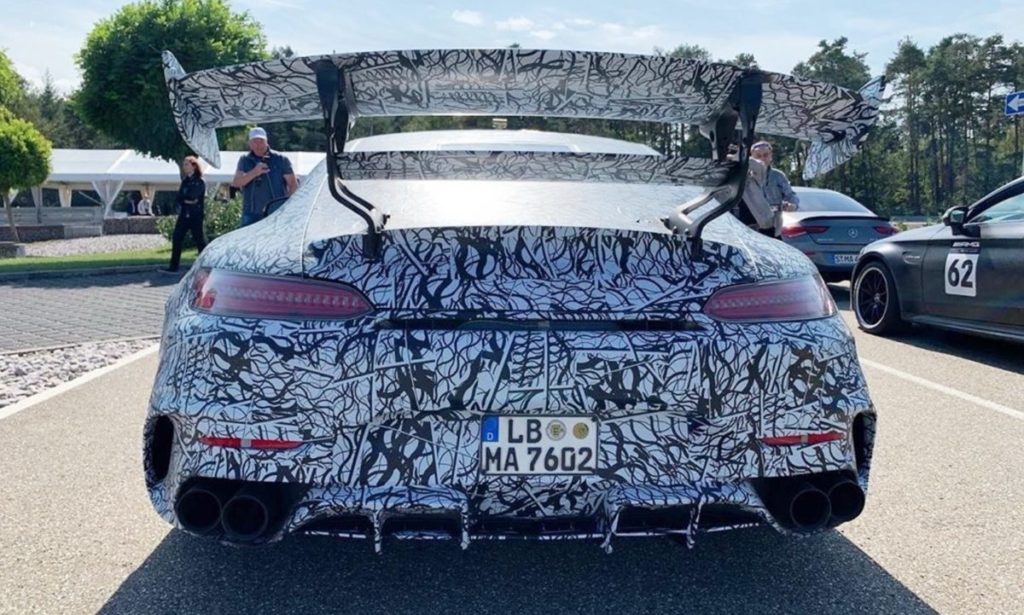 Around this time last year, we were the first in the world to break the news of the A45’s official power output, months before any other outlet did, today we learn of the Mercedes-AMG GT Black Series power output from the same sources very close to the factory.

When Mercedes-AMG launched its GT sportscar it made no secret that it was aiming for Porsche’s 911. A raft of derivatives has been launched since 2014, all using the same basic platform, much like Porsche does with its perennial sportscar. Until now the apex model has been the AMG GT R, but an even hotter version is being readied for launch.

The impending derivative has been referred to as Mercedes-AMG GT R Black Series since speculation of its existence began. The hottest member of the family will, instead, be called Mercedes-AMG GT Black Series (no “aarrrr”). Black Series is the most extreme version of any AMG model, a moniker that is reserved for special cars and only those with two doors. The last model to wear the badge was the SLS AMG. 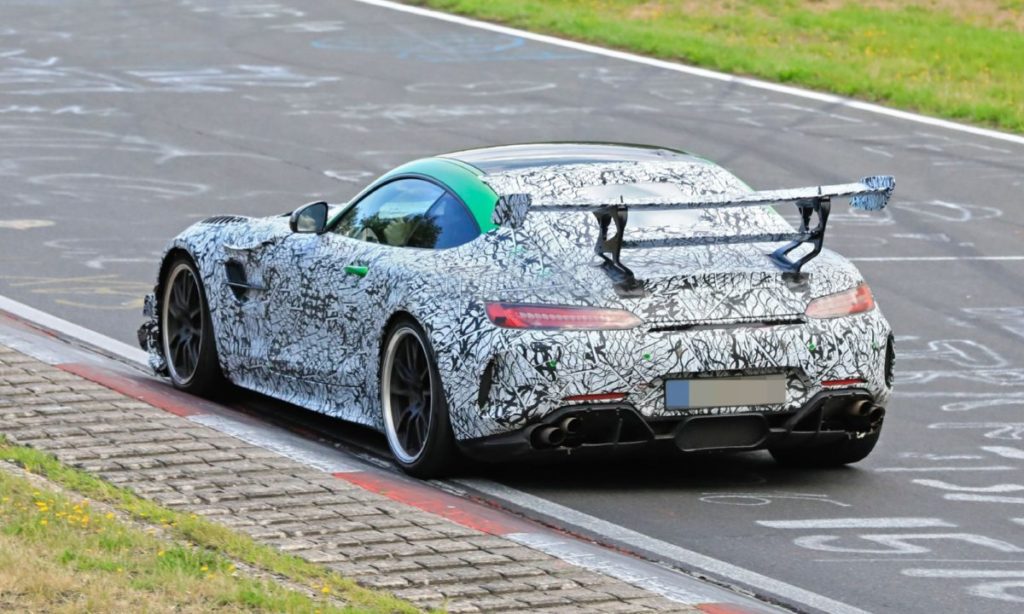 Test mules of the GT Black Series have been seen pounding the blacktop in public and on racetracks for months. From the images and video (such as this taken at an AMG customer event) we can see the aggressive aero package the hard-core derivative will wear. This includes a deeply vented bonnet, borrowed almost directly from the firm’s GT3 racer, vented front wheel arches and a prominent front splitter balanced by a huge rear wing.

Check out our exclusive gallery of images from the recent GT3 race recently held in South Africa.

Under that sculpted bonnet is a twin-turbocharged V8 motor, but one that is not related to any other AMG model. While the block and heads are shared, rumor has it that Mercedes has moved away from its “hot-vee” set-up that places the turbochargers within the V of the block. This is in keeping with comments made by AMG boss Tobias Moers earlier this year, referring to the engine as ‘all-new’. 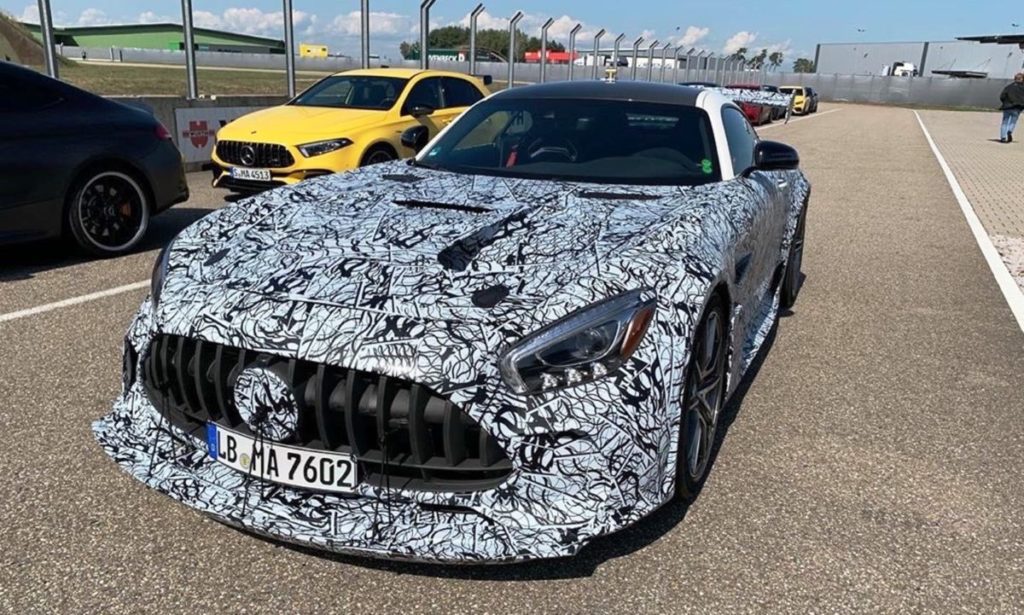 Mercedes-AMG GT Black Series power output will be a massive 530 kW. Maximum torque is rated at 800 N.m. Drive will be directed to the rear axle via a dual-clutch transmission. Performance figures for the car are a zero-to-100 km/h time of under three seconds with a top speed in excess of 320 km/h.

From those figures, it is clear that Mercedes-AMG is targeting the likes of the Porsche GT2 RS (515 kW/750 N.m), McLaren 720S (530 kW/770 N.m) and Ferrari Pista (530 kW/770 N.m). These power outputs will help the GT Black Series to regain the crown of the most powerful AMG, a title currently held by the GT63 S, which we reviewed here.  The Mercedes-AMG GT Black Series is expected to debut at the 2020 Geneva Motor Show.