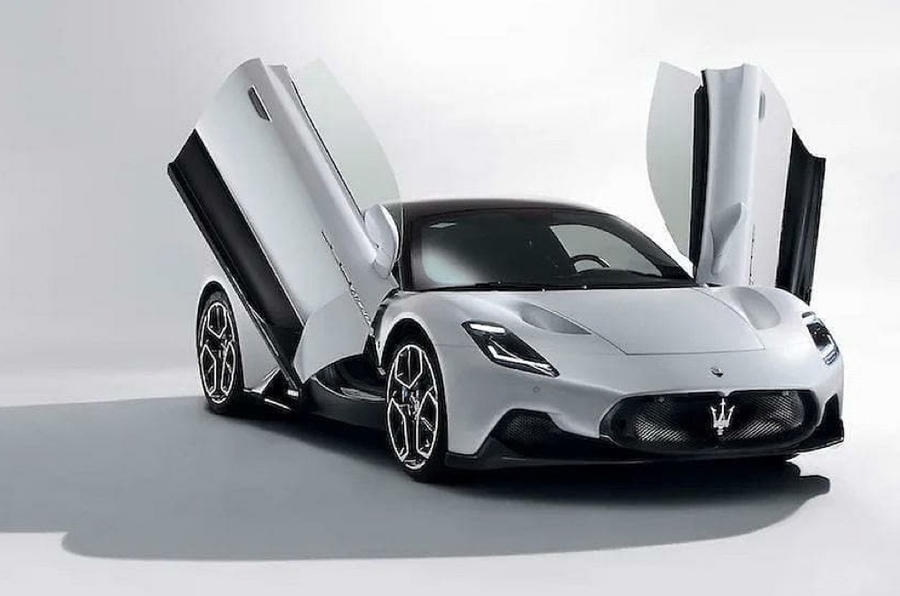 Maserati’s grand debut for 2020, the new MC20 sports car, has been leaked online just hours ahead of its planned unveiling this evening.

The MC20 features a front-end design heavily inspired by the race-bred MC12 supercar, with scissor doors and a two-tone paint scheme also featuring.

We also get a preview of the cabin, which appears to feature a design bespoke to that of any current Maserati. 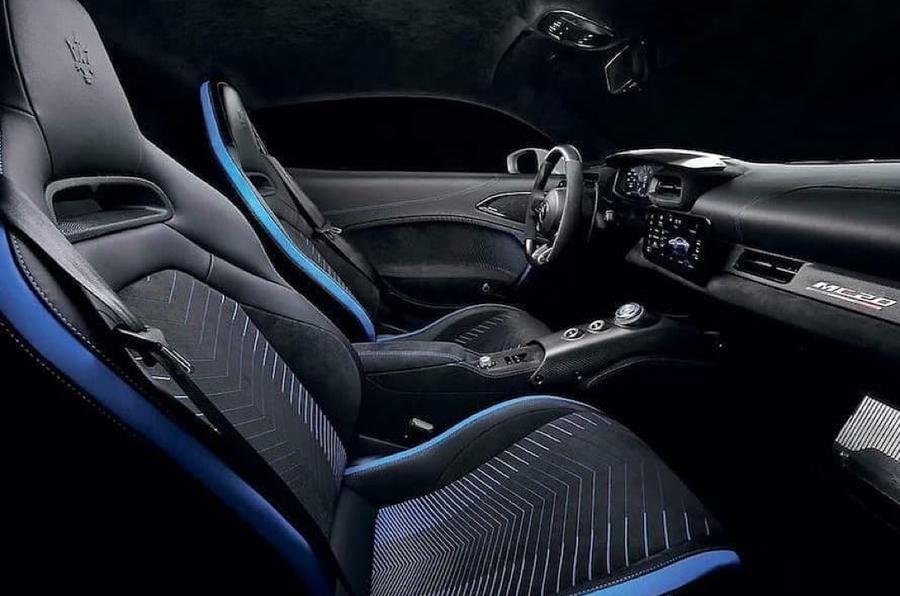 Earlier disguised prototypes provided a close look at the upcoming model, with a sculpted body and low-slung stance that make it appear more purposeful than anything in Maserati’s current line-up. There are significant air intakes around the rear wheel arch and a small lip spoiler at the rear, in addition to two centrally-mounted tailpipes.

The MC20 will become the first to use the company’s all-new bespoke V6 engine, named Mettuno (Neptune) in reference to the mythical character associated with the brand’s trident logo.

The twin-turbocharged 3.0-litre petrol motor will produce 538lb ft and 621bhp – slightly more than the 2005 MC12, Maserati’s most powerful production model to date.

The MC20 will be the first to receive the new powerplant, but Maserati has hinted that the engine will subsequently become available in other models. 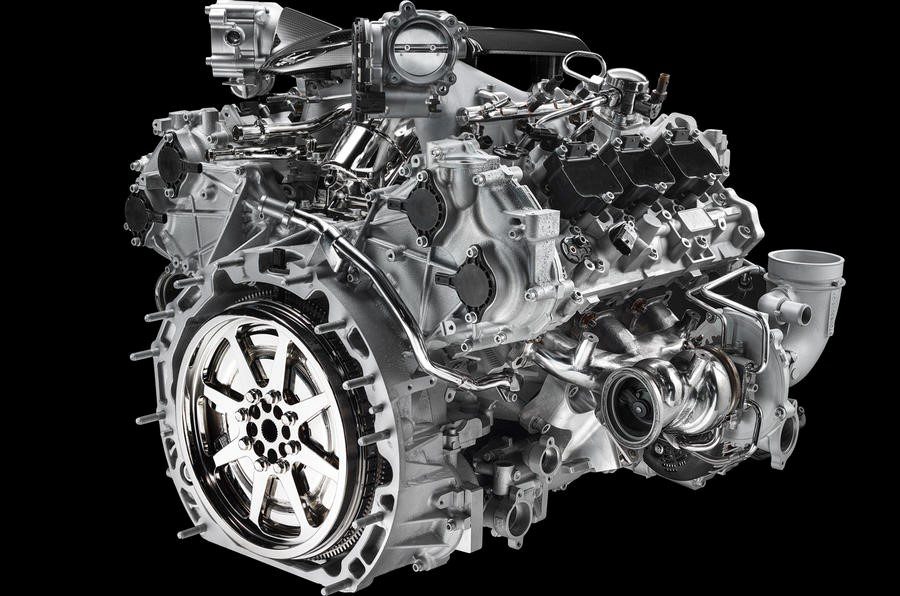 These latest images reveal slightly more than Maserati’s official development prototype pictures, which marked the passing of Sir Stirling Moss with a commemorative livery. The distinctive camouflage wrap was inspired by the paintwork of the brand’s historic Eldorado single-seater, which made its debut with Moss at the wheel at Monza in 1958.

Maserati says it chose the MC20 prototype to wear the Moss-inspired livery as the model marks the brand’s intention to return to the world of motorsport, following the international successes of the MC12.

The firm said it will be a “natural evolution” of the limited-run MC12 – the last model to wear the Maserati Corse badge – and it will “return to the world of racing” with the MC20.

In November last year, Maserati started testing the car’s powertrain on public roads in a development mule based on the Alfa Romeo 4C, but the car in the later images appears to be wearing production-ready bodywork. The Alfa-based machine was being used to house a “new powertrain entirely developed and built by Maserati”, which is the first in a new family of engines it is developing.

The MC20 had been widely expected to be a production version of the 2014 Alfieri concept, which Maserati committed to putting into production in 2018, but the Alfieri concept was a front-engine 2+2 coupé, very different from the mid-engine MC20.

There are no technical details yet on what will power other variants of the MC20. When Maserati released details of its updated business plan recently, it said it was upgrading the Modena production line to accommodate the car’s “electric powertrain”. It is likely to be some form of hybrid unit, but we’re expecting to see a fully electric version as well.

The new machine will be the first all-new Maserati released since 2015. 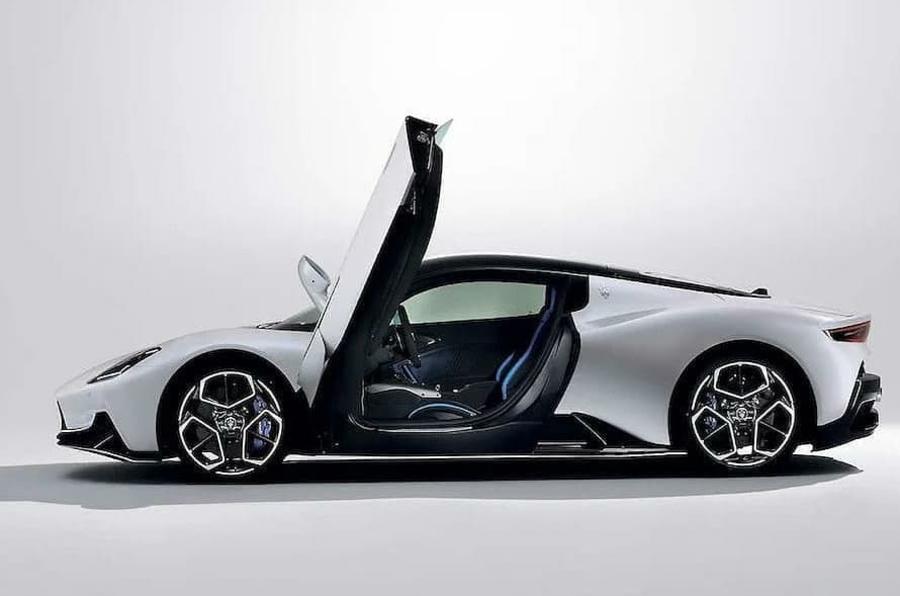 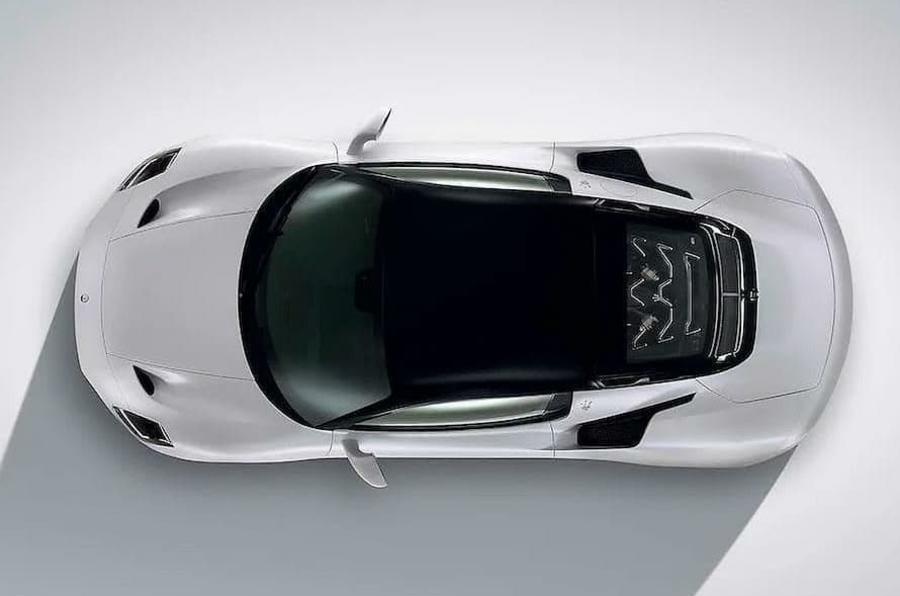 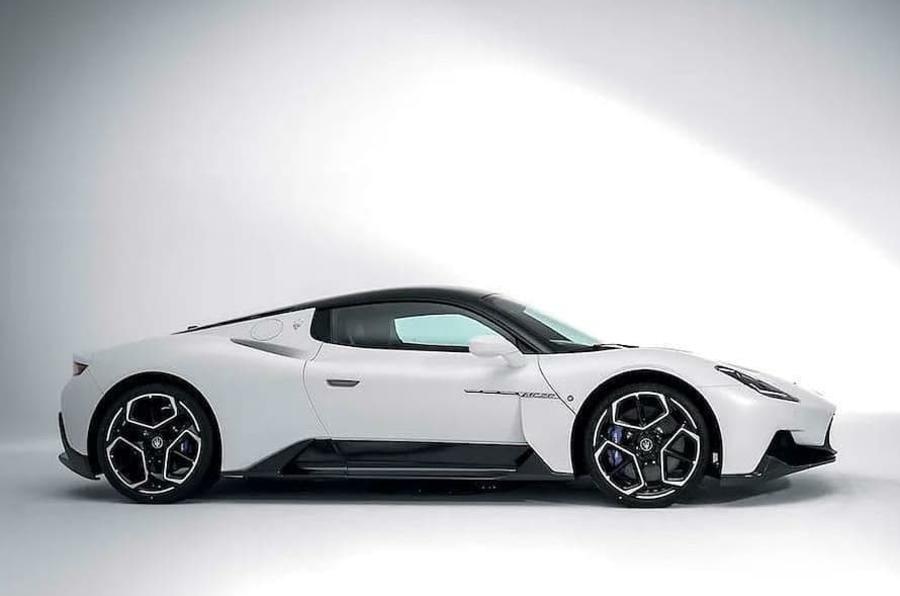 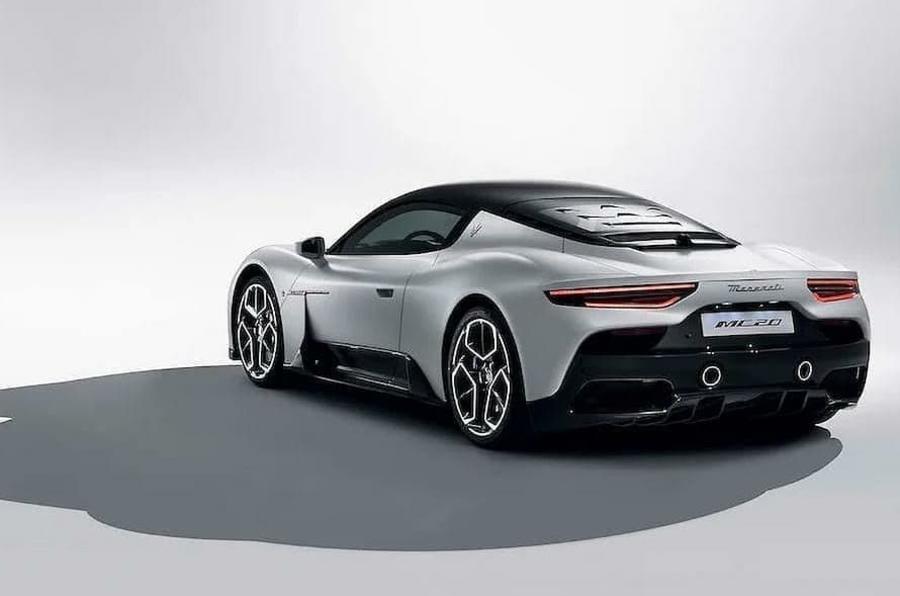